Are you coming by car? Pay attention!
There is limited parking space behind our office for visitors. The entrance to the car park is located at Stationsstraat, under the apartment complex at Stationsstraat 4-8. Rented on: the Stationsstraat has separate lanes. As a result, the car park is only accessible to traffic on Stationsstraat coming from a southwestern direction. The entrance to the site is even past the traffic lights (Vlasakkerweg intersection), immediately before hairdressing salon Capelli Milano. The parking lot is closed by a gate, which we can open for you remotely. At the gate there is a Vestigia sign with our telephone number. 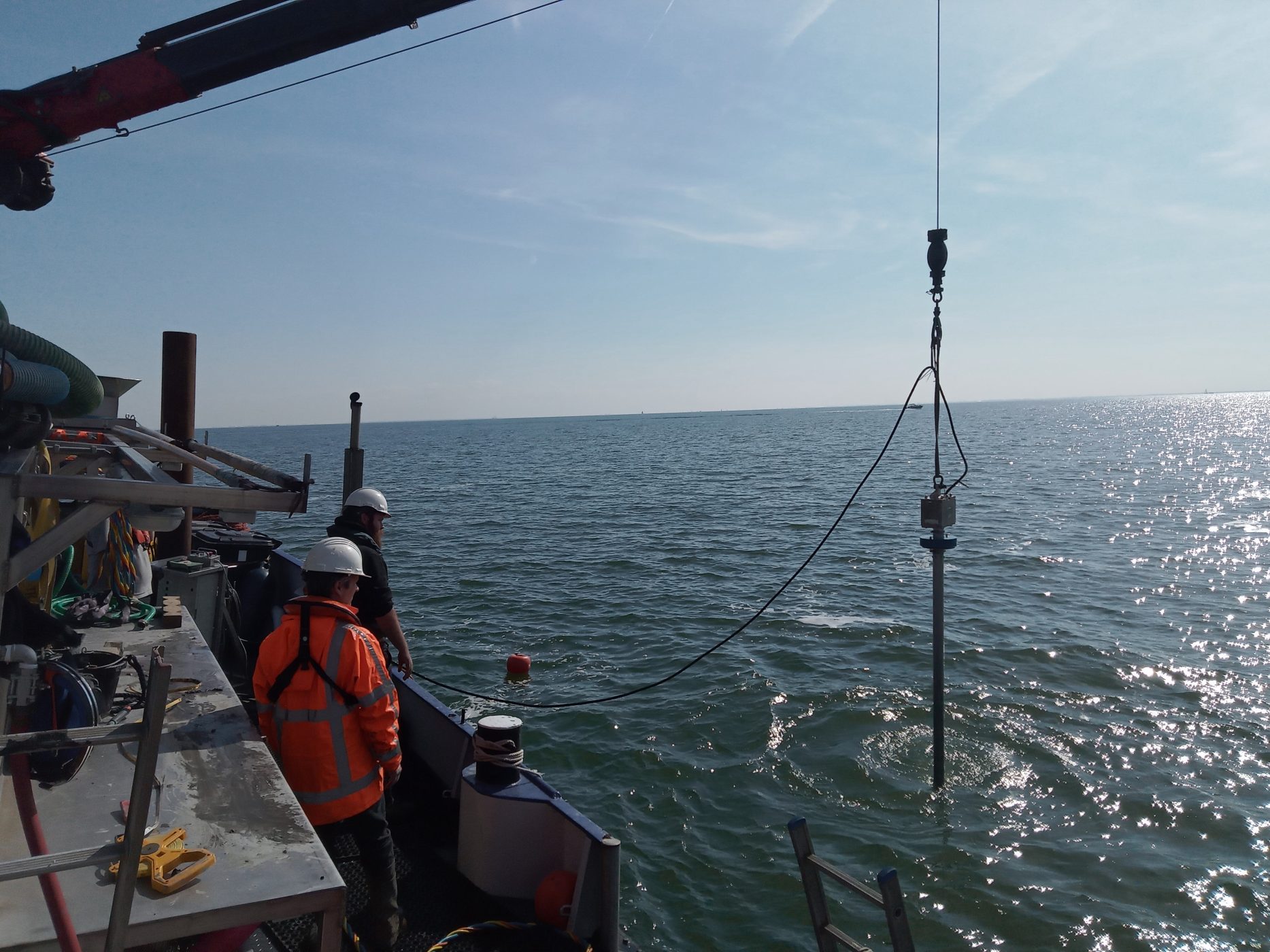 During the last two weeks, a team of Dutch and British marine archaeologists have carried out an archaeological assessment of a wooden wreck in the middle of the Markermeer, a part of the IJsselmeer and former Zuyderzee, between the towns of Enkhuizen and Lelystad. The wreck was located during large-scale geophysical surveys in the area.

An archaeological diving team from the Dutch companies Vestigia, Baars-CIPRO and MSDS Marine from the UK was contracted by the Cultural Heritage Agency of the Netherlands to carry out a further investigation to establish further details on the type of ship, its possible age and its condition. After removing parts of the silt layer covering the ship it has become clear the wreck is the remains of a clinker built sailing craft, at least 12 metres long and 4,5 metres wide. Its stem is stuck into the peat of the shallow former seabed and heavily damaged. The rest of the vessel seems well preserved and is listing at about 45 degrees and for a large part covered by a bed of silt and seashells.

Based on its form, dimensions and construction the vessel has been provisionally identified as a punter, a traditional inland and coastal sailing boat, common in Dutch waters between the 16th and 18th centuries and used as small cargo boat, tender or fishing boat. Pieces of construction wood recovered from the wreck have been analysed. Dendrochronology, tree ring dating, has provided a first date for the building of the ship  estimated to be in the first quarter of the 17th century.  Further analysis of other pieces may yield a more exact date.

In the next couple of days the investigations will be concluded. It is then for the Cultural Heritage Agency of the Netherlands to decide on the next steps in managing the wreck. 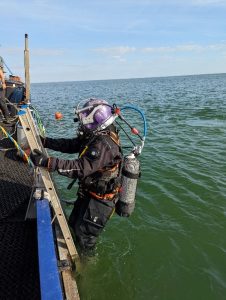 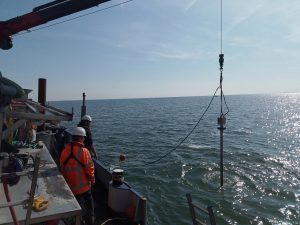 Archaeological divers enter the water from the workship Triton & Coring of the seabed around the wreck. Photo: Vestigia