Are you coming by car? Pay attention!
There is limited parking space behind our office for visitors. The entrance to the car park is located at Stationsstraat, under the apartment complex at Stationsstraat 4-8. Rented on: the Stationsstraat has separate lanes. As a result, the car park is only accessible to traffic on Stationsstraat coming from a southwestern direction. The entrance to the site is even past the traffic lights (Vlasakkerweg intersection), immediately before hairdressing salon Capelli Milano. The parking lot is closed by a gate, which we can open for you remotely. At the gate there is a Vestigia sign with our telephone number.

Possibly the oldest dike in the Netherlands discovered in Vlaardingen 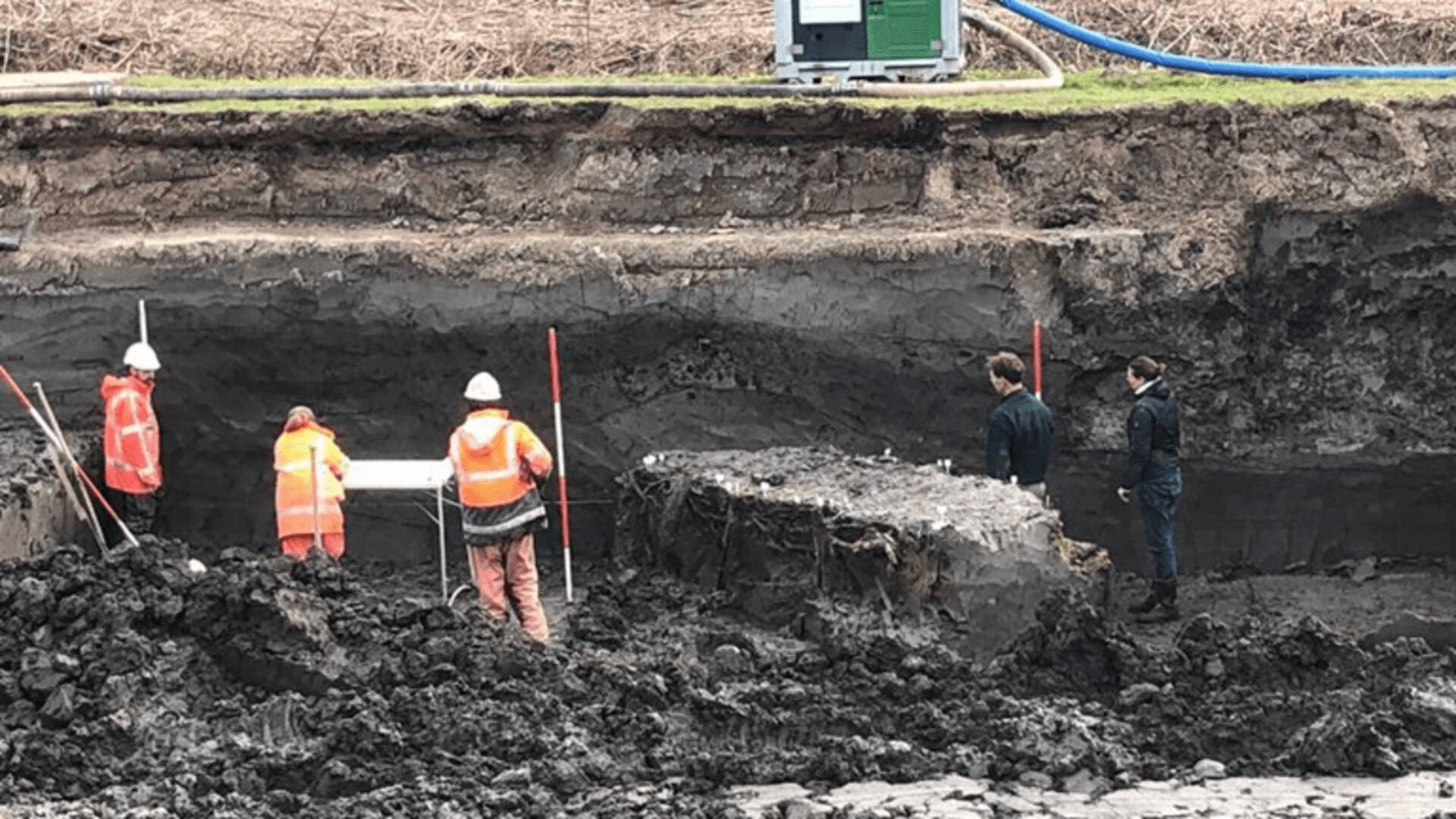 The dike in the excavation. Between the archaeologists a piece of the construction with wickerwork, in the well wall the bulging of the top of the earthen body can be seen as a dark band.

Possibly the oldest dike in the Netherlands discovered in Vlaardingen

The construction consists of two rows of at least twenty-five meters of posts and wickerwork. The elongated earthenware was probably one and a half to two meters wide and protruded at least one meter above the then ground level. Its exact function is not yet entirely clear. It may have served as a dike and had to block the rising water near a residential area. Jeroen Flamman of Vestigia expects the entire building to have been much longer: “But we cannot look further than the actual building site. We need to look at what it looks like beyond the current perimeter with a possible follow-up investigation.”

The earthen wall is not completely exposed yet. “The investigation is still on-going and we are going to excavate a part of the dike,” says Flamman. “Beyond the construction perimeter, the embankment will be preserved in the earth, that, however,  is not possible within the construction area. Sand will be poured over it, piles will be driven through and sewers will be constructed. Which means we will not be able to preserve it.’’

It has previously been suggested that there probably would have been dikes to keep the hinterland dry. However, they have never been found to this date. A dam from around 175 BC was discovered in Vlaardingen in 1996. The discovery of a possible dike from possibly the same period would thus fit in with the hydraulic engineering in that period. Further research should clarify whether it is indeed a dike or whether the earth body had a different function. 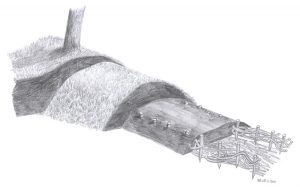 A sketch of how the dike may have looked. Sketch: Vestigia

In addition to the earth wall, an Iron Age farm will also be uncovered and investigated. In recent weeks, Vestigia has uncovered a farm from the Roman era (ca. 100 AD) and part of a farmyard from the Late Middle Ages (ca. 1100 AD) on the same construction site. Apparently the area was an attractive place to live.